Mould removal or remediation is imperative if it develops in your living enviroment. It is well and truly considered a specialist task to treat it safely and effectively. If not done with extreme caution and expertise, mould spores can spread and multiply fast. Capital Steam Cleaners are mould removal or mould treatment specialists. We operate and offer free mould inspections throughout the city of Perth and metro area in Western Australia. Being local experts in the field we have received industry leading training which gives us the cutting edge regarding termination of all general mildew or mould spores. This along with the fact that we only use premium and reliable equipment means we can quickly and thoroughly handle any professional mould cleaning service job at hand.

Professional Mould Cleaning is a multi-step process where any existing mould colonies are destroyed causing dissipation. Remember the moisture source that is allowing the spores to thrive must definitely be attended to and corrected before any professional mould removal. If this does not happen the problem will quite simply return. A specialist remediation, drying or air scubbing procedure is also introduced to clear the enviroment and dry the surrounds sufficiently!

The mould specialists we assign to your job will sometimes have to pay the site more than one visit! Normally we are forced to drop the air pressure down to a negative rate to significantly reduce the risk of cross contamination that may be present in the air. Depending on what type of environment we are dealing may cause the progression of mould. It can also determine whether foul odours are present or will further develop within the property. If you have adequate ventilation and have neglected the mould for to long, the likelihood that the odour has spread throughout is very high. 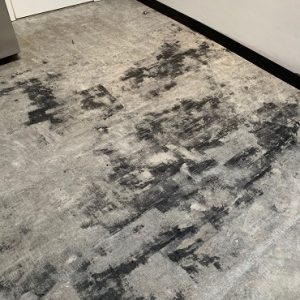 Mould spores are toxic and if inhaled can cause a vast range of health problems. These issues are mainly relavent to ones respiratory system, causing throat irritation, possible damage to your lungs and leaving you with servere nasal congestion. In the right conditions at any given time you could likely have mould spores on your clothes and body causing these problems.

People with existing medical conditions, especially conditions such as asthma and allergies, should be particularly cautious of mould. Mould should never be underestimated as the permanent damage it can cause is severe!

One must always act quickly and responsibly! This in the long run will make all the difference. For this reason if you notice mould festering within an area, it’s vital that you contact your professional mould remediation company, sooner rather than later. This is always regardless of the size or capacity of the affected areas. Remember mould is a fungi and can spread exceptionally fast. This is not only on physical surfaces but through the air as well. It spread can also be assisted by airconditioners, fans and even through draft!

As mentioned brifly above, the result of mould developing indicates that there is moisture or dampness around. A possible water leakage issue coming from leaking roofs, leaking pipes, leaking windows etc onsite. Air ducts, air filters or other ventilation systems are sometimes the culprit. Lack of ventalation can severely instigate then accelerate the contamination making professional mould treatment more complicated! The affected areas need to be completely dried to prevent the mould spores from spreading throughout the entire premise. If not terminated mould spores can quickly form colonies that allow them to thrive and spread. Capital Steam Cleaners invest in only top class, industry leading technology. This combined with our ongoing experience, will always produce top notch results and helps us rank above the rest! Which is why when it comes to services such as mould remediation we are considered leaders in the industry.

Even a non-expert can recognize a mould infestation by means of a simple sniff test or visual evaluation. Mould often presents itself as dark or different coloured spots on a surface or in an area (but remember not all mould is black). And, almost all mould has that one horrible characteristic in that musty scent. Capital Steam Cleaners ensures your property will receive tailored recommendations to solve problems for the long term.

Our training is endless and to the highest level in just about every department in our industry. This is illustrated by the fact that we are fully entitled to display the woolsafe emblem on our site and thus recommended by manufacturers!